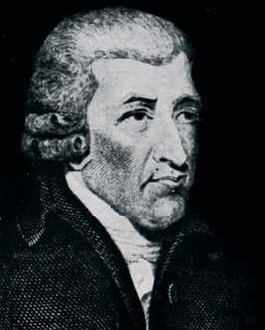 John Walker was born on the 29th May 1781 at 104 High Street, Stockton, where his father was in business as a grocer and wine and spirit merchant. John was the third of four boys; he also had two sisters.

John was well educated (at grammar school) and when he was 15 he was apprenticed to a Stockton surgeon named Watson Alcock. He went to London to complete his education and, on his return, became Alcock’s assistant. He also went to both York and Durham to train alongside wholesale druggists.

In 1819 John opened a chemists and druggists shop at 59 High Street, Stockton. His interests were wide (he was known as ‘Stockton’s encyclopaedia’) and he was particularly keen on chemistry.

He discovered that if he coated the end of a stick with certain chemicals and let them dry, he could start a fire by striking the stick anywhere.

These were the first friction matches. The chemicals he used were antimony sulphide, potassium chlorate, gum, and starch. Walker did not patent his “Congreves” as he called the matches (alluding to the Congreve’s rocket invented in 1808), preferring instead to pursue his scientific studies. He did not divulge the exact composition of his matches.

Walker was a former chemist at 59 High Street, in Stockton-on-Tees. He had a local reputation as a botanist, he developed an interest in the study of mineralogy, and spent a lot of time doing chemical experiments. Walker never married and lived with his niece. He was well known for his set style of dress, a tall beaver hat, white cravat, grey stockings, drab knee breeches, and brown tail-coat.

A Mr Samuel Jones from London saw Walker’s “Congreves” or “Friction Lights” as they we sometimes called and decided to market them, calling his matches “Lucifer’s” “Lucifer’s” became popular especially among smokers, but they had a bad burning odour.

Contact: info@thisisstockton.co.uk
© Copyright 2020, This is Stockton. All Rights Reserved